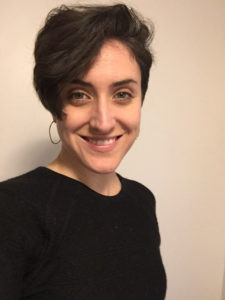 “Medicaid matters because it saves peoples’ lives. It saved mine.”

I’m a cancer survivor, and now work as a youth program coordinator at a nonprofit agency. It’s because of Medicaid that I’m well and working today, with a college degree and able to focus on building a career that will let me give back to my community.

I lost my employer-based health insurance after a company-wide lay off. At the same time, I was showing symptoms that concerned my doctor and so had appointments set up for some tests. I found out I was eligible for Medicaid. In January 2016, my doctor told me that I had stage 3B colon cancer. During the first weeks after my diagnosis, there were so many tests to have done and so many doctors to see. Cancer grows fast and it affects you for the rest of your life. In someone as young as me, it’s important early on to set up for the best possible outcome. The freedom to do all of this without having to second-guess whether I could afford it was huge. I was able to focus on addressing my health. Between January and November 2016, I went through chemotherapy, radiation and two abdominal surgeries. It was a long year! I can’t imagine what this time would have been like, and the huge bills I would have faced, if not for Medicaid.

Please email us if you have a question, comment or information. You can also visit The Economic Progress Institute at the link below: